THE 5 MOST IMPORTANT
TRUTHS IN LIFE:

If you want to win at any game the first thing you need to do is learn how to play it, right?

This is a short page with a big punch, it has to do with one very dire warning you have likely never even heard of. Life requires that you obtain authentic guidelines for the game which spell out the rules along with the standard motivators for all humans which are the penalties and rewards to be expected. If you made it this far, you know who’s telling you about all this is doing so for God and you can trust it over and above any doubts your jinn might instill. (See how important #4 was?) Indeed, we only speak the Truth and we do so in “wise fear” of God Almighty! David coined that term for use in translating the Quran and we think you’ll find it to be quite apropos.

OK, here’s the last Truth; Few realize it but we are clearly advised in the Bible that we all must read, at minimum, the Quran to avoid certain destruction, having just the Vedas or the Bible alone won’t cut it. The verse is from the New Testament quoting the Old Testament prophet Moses thereby solidifying itself across both timelines. Here is that warning of certain destruction for anyone who doesn’t read the Quran;

Acts 3:22 For Moses said unto the fathers, a prophet Shall The Lord your God Raise Up unto you of your brethren, like unto me; him shall ye hear in all things whatsoever he shall say unto you. And it shall come to pass, that every soul, which will not hear (refuse to embrace the Quran) that prophet, shall be destroyed from among the people. That says those who refuse to embrace the Quran from Mohamet will be destroyed! (The keys there and in the verse below are the words “like you” and “like unto me” which eliminates Yeshua as the one being prophesied because he wasn’t like Moses or Mohamet at all rather Mohamet is definitely much like Moses being a warrior, commander and lawgiver.)

Very few bible readers realize it but Mohamet was indeed prophesied in both the OT and NT;

Deut 18:18 I (God) Will Raise up for them a prophet like you (Moses) from among their brethren; and I Will Put My Words in his mouth, and he shall speak to them all that I Command him. (Mohamet didn’t read or write, he memorized and repeated what God had Gabriel tell him to his followers who in turn did the same with the entire Quran which is likened to one long song or prose. Millions have it memorized word for exact word to this very day.)

A couple more NT prophecies about Mohamet are here in John 16:7 Yeshua himself says; Nevertheless I tell you the Truth; It is expedient for you that I go away: for if I go not away, the Comforter (the last prophet Mohamet) will not come unto you; but if I depart, I will send him unto you.

And John 16:12-14 Yeshua says; I have yet many things to say unto you, but ye cannot bear them now. Howbeit when he, the Spirit of Truth (Gabriel via Mohamet) is come, he will guide you into all Truth: for he shall not speak of himself; but whatsoever he shall hear, that shall he speak: (Again, the unwritten Quran from Gabriel) and he will shew you things to come. (Mohamet was the most prolific prophesier of all, by far) He shall glorify me: for he shall receive of mine, (story/legacy) and shall shew it unto you. (And indeed Mohamet does set the story straight about Yeshua in the Quran!)

But the thing is, if you don’t know Arabic you’ll have to get a solid translation of the Quran from someone that you can be 100% certain would never lie or be influenced by the “organized religion” of Islam. (It, like Hinduism, Christianity and judaism are full of deceptive teachings not found in the original Scriptures nor taught by any of Gods’ Messengers.) Yea, it would have to come from someone you can trust who has been sent by YHWH, your Creator.

Well, it just so happens yours truly finished a new English translation of the Quran in 2021. (And no, it was never planned, like everything else God just made me sit down and start doing it which took about 18 months, what a ride!) And FYI; like all Scripture, the Quran isn’t something you read once (it will mostly go right over your head the first time) it’s a life long commitment that continuously rewards its followers with deeper understandings, greater faith and eventually the greatest sense of peace attainable.

I was given the gift of having to read it cover to cover about 200 times during editing and still learn something new nearly every time I open it. It will be the same for you with each read. Also included are the “Real Psalms of David” that he himself actually wrote without all the forgeries that he did not write. That is a very different and most excellent read especially when combined with the Quran! (Like many books of the Bible the Quran is deep and serious with lots of reminders of rewards and penalties while the Real Psalms are more calming and reassuring.) It’s an unexpectedly perfect pairing and once again sort of “came out of nowhere”, I was compelled to do it for no reason, without ever having thought about it or intending to. Then voila, it was done in just a single day! 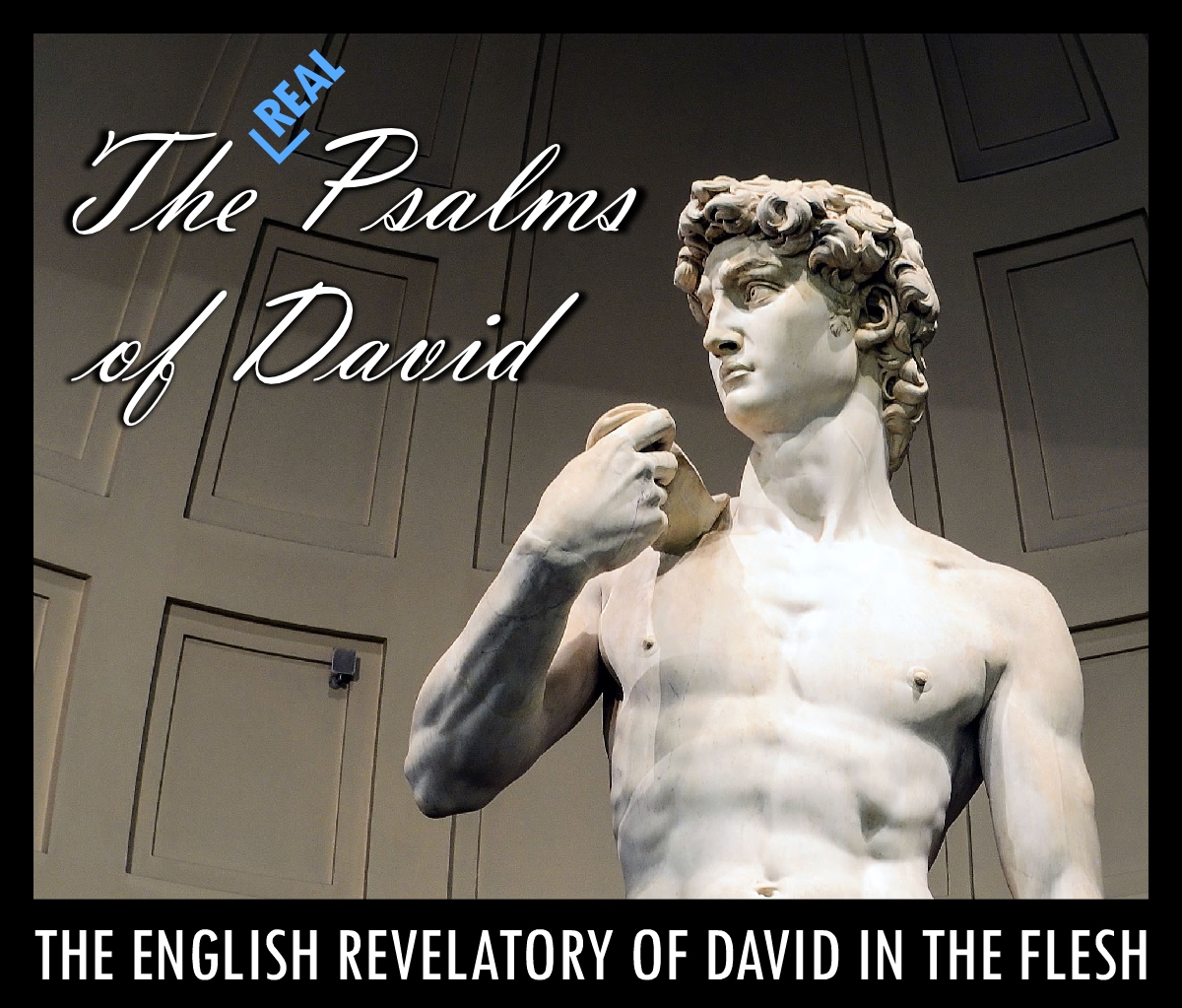 You’re going to be surprised about what you learn in just the introduction alone, and then even more so at the end, GUARANTEED!

See what Dan Horan, a prominent and very well respected Catholic Priest has to say about the Quran in this 7 minute vid . . . (Note, the Quran he has isn’t a bad translation, far from it. But there are still some seriously false teachings included that will result in Eternal Damnation. Read our QFC before other translations and you’ll be able to spot them.)

There are several other excellent videos at www.QuranForChristians.com that will greatly compliment your experience as you re-align with your Maker while reading His Final Testament to mankind. So, be sure to see all those when you can.

Now you have everything you need to succeed, from here on out the game is all about being persistent. If for any reason you wander from everything you’ve just been given it will only be due to your failure to persist. And if that happens, it would only be due to the enemies (the jinn and their offspring) kicking your arse! So, just get back on your feet and head back to the Quran. Once you’ve got the basics from Truth numbers 1 and 3 at this site, the Quran For Christians is all you need. (Because the .pdf version you now have includes Goyim Gazette #119 where Truth numbers 2 and 4 came from. That’s a whale of a document like no other in history!) As to that reference of offspring of the jinn, we only touched briefly on the Gen 6:4 subject because it is fully covered in 20 of the 33 pages of the introduction in the Quran and then repeatedly thereafter in the Quran For Christians itself.

You will find that and several other highly secret coverups laid bare therein. It was already a dense book of Truth in its original Arabic but given the unlimited real estate afforded by MS Word and knowledge from a decade of Gods’ Guidance, we were able to take that to a whole new level. And since it’s impossible to impart the exact meanings of the original words in English, we also had the privilege of being creative in the attempt. Hence the use of many new and better descriptions in key phrases such as “wise fear” which apparently is a first. How that’s possible only God Knows for as you’ll see, it is absolutely perfect for describing the sentiment any believer should very well have in relation to God.

After reading that last paragraph it should be overly apparent why there won’t be any non-Quranic believers left alive in the days to come. Such losers are the jinn possessed fools who cause and allow all the unnecessary strife and suffering in our world. So, it’s time to take out the trash and this single site on the net has everything anyone needs to avoid such a fate! That mainly being the Quran, which you now have. You will either make use of it for the rest of your life or you won’t. If the latter, you’re going to fail, that’s all there is to it. You can’t do this thing called life without God and His Final Word.

That said, we know how a little intellectual variety can spice things up and that ALL Truth is from God. So, be sure to spend ample time at the Goyim Gazette, read the articles and watch all the documentaries there. It’s the only reliable place to learn about “the other enemies” to all Adamites. (Most of them are just deceived Adamites themselves but the rest are the most evil pieces of non-human excrement on earth!) That will keep anyone busy for a good long time. We’ve even put together a FREE .PDF containing the files for printing ALL the shorter, physical versions of the Gazettes, comics and AAA articles on 8.5″ x 11″ paper. They aren’t as long as the online versions of the articles and print nicely, perfect for sharing! Enjoy THE TRUTH! 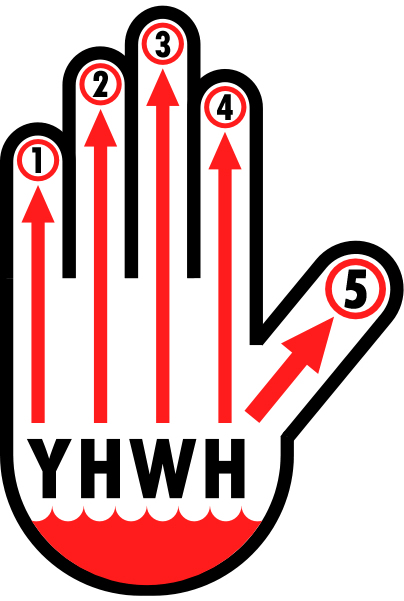 The 5 Most Important Truths In Life:

(In order, don’t skip around during your 1st tour.)

The Most Important and well kept secret about human psychology that without question has dramatic effects on you, your friends and loved ones, everyone. We’re talking about the real source of all fear, doubt, guilt, hate, envy and etc. negative emotions/thoughts that have turned our world into a virtual shit show. (And how to overcome them.)

The Single-Most Important and concise body of evidence (hands down, no contest) for any human being living today which is being censored by corrupt and/or literally demon possessed leaders of governments, corporations and churches worldwide.

The Most Important Truth about YOUR health and how to very easily avoid and/or cure Cancer, Diabetes, Heart Disease and nearly all related and non-related illnesses in under 2 weeks from today. (While also automatically losing weight, getting off ALL prescription meds, feeling far more vigorous with more endurance, sleeping sounder, experiencing greater senses of empathy, love and compassion and saving money for the rest of your life.)

The Most Important Truth of our times that will give you real hope for massive change and a very bright future for yourself and whoever else is able to figure all this out. (No one ever said that success is easy but this is as close as you’ll ever get to free lunch, for life!)

The Most Important Truth about how to gain ultimate confidence, faith and peace regardless of your circumstance. If you can get your head around this one and keep it there, you’re going to win this game called life, no matter what!

(No we’re not worried about giving out our address or contact info. People have forgotten that EVERYONES’ names, numbers and home addresses used to be listed in phonebooks. The reason that changed is due to satanic fear mongering propaganda created to make sure We the People are disconnected from, and distrusting of, one and other. Get it? Stop playing into the hands of our evil system and stop being part of the problem! Provide your phone # at minimum as much as possible online! And most importantly, realize that God protects His people, if you’re a believer then why would you doubt that? It only shows a lack of faith and you don’t want that, God sees all!)

or use this form;